All the latest information from the textile world

The fast way to a prototype

The Korean lingerie market, the Namyeung company and the TEZ

High standards and innovative ideas are certainly not limited to Western companies – that has been proven by South Korean Namyeung Group, which specializes in the production of lingerie, underwear and shapewear, ever since the year 1954. This article provides information about the Korean lingerie market and the success factors involved. You can also discover more about the successful cooperation between Namyeung and the Technology and Development Center (TEZ).

The story of Namyeung began in 1954 with the foundation of the trading company "Namyeung Industrial Co., Ltd". In 1957 the company became increasingly important in the domestic market for lingerie and stockings. It was at this point that Vivien began – today it is still the leading lingerie brand in Korea. In 1995 the company successfully entered overseas markets and positioned itself in the USA with its new trading company "Vivien International". With its range of high-quality lingerie and stocking fashions at competitive prices, and thanks to its global distribution network, Namyeung very soon penetrated the global market with great success.

The company's Honorary Chairman, Mr. Sang-Soo Nam, belongs to the first Korean trading generation that paved the way for the overseas market. For over 35 years now, Sang-Soo Nam has been the Managing Director and Vice Chairman of the Korea Foreign Trade Association. In this capacity he laid the foundations for the lingerie trade and also the lingerie market in Korea. 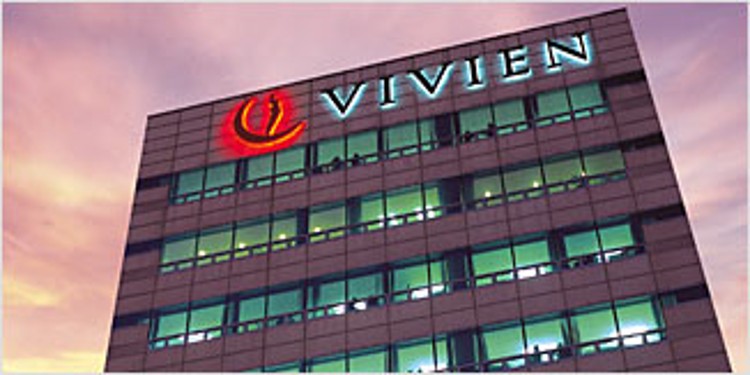 Namyeung and the key to success

Namyeung recognized the importance of a brand image very early on and utilized high-end marketing strategies to make "Vivien" stand out from other brands. At the same time the company began to reform its distribution channels. Instead of carelessly expanding the retail trade, existing stores were bundled together – and integrated into the business, with the highest competitiveness in the relevant sales area. This strategy is also known as "scrap & build". In the case of the core brand "Vivien" in particular, the number of stores was reduced in this way from 2,000 to 300. The restructuring also enabled fixed costs for advertising and procurement to be lowered, giving the company further advantages over its competitors. 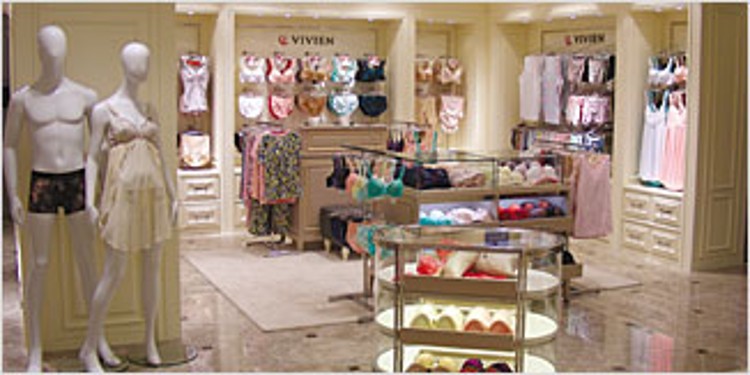 On the basis of this, Namyeung introduced a new brand named "DE L'OR", aimed at major discounters, and increased its brand profile even further by offering trading centers the "DE L'OR" brand at competitive prices. Parallel to this, the proven strategy of "Vivien" was still utilized for department stores as well as a few specialist shops. Ultimately, both brands were very successful.

Vivien's target group is women aged from 20 to their late 50s, who show special taste within their age group. With this in mind, at the end of 2000 Namyeung introduced new brands such as "Blue vivi", for women aged 20-30 and "Noblelinge" for women aged 50-60. With its own brand of "Gentoff" the company even managed to establish itself in the men's underwear market. The brand "Barbara of France" is still owned by Namyeung today.

For a long time underwear was seen merely as an everyday necessity. Consumers had no problem with it as long as the fit was good. Very early on, however, Namyeung emphasized far more demanding criteria. According to the company, underwear can be – and should be – just as multifunctional and attractive as outerwear! The product range – which for several decades now has played a major role in the expansion of the Korean underwear market – features several outstanding designs.

To guarantee a competitive pricing level and smooth delivery the Namyeung Group built several international production plants, which today employ a total of 4,000 local workers. The first of these plants was established in 1989 in Bandung, Indonesia under the name of "PT Namnam Fashion Industries", and currently has 2,700 employees, a maximum production capacity of 14 million items and turnover of 43 million USD, making it one of the largest production plants in Indonesia. The site currently has three factories with 75 assembly lines. Additionally, the Indonesian subsidiary has set up a vertical system aimed at rapid material supply, in cooperation with PT Namyeung Knitting and PT Old & New Hybridtech. In 2009 the subsidiary acquired international certification according to WRAP (Worldwide Responsible Production).

The second local production site, Qingdao Nannan Co., Ltd., was set up in China in 1992 and has since specialized in the production of stockings and core-spun yarn. It also has a vertical system, including 300 nylon stocking machines and 110 yarn machines. Annual production is 2.4 million dozen stockings plus 400 tonnes of yarn. In 2009 the plant was certified to ISO 9001 and 14001, having achieved the Oeko-Tex® standard 100 as early as 2006. 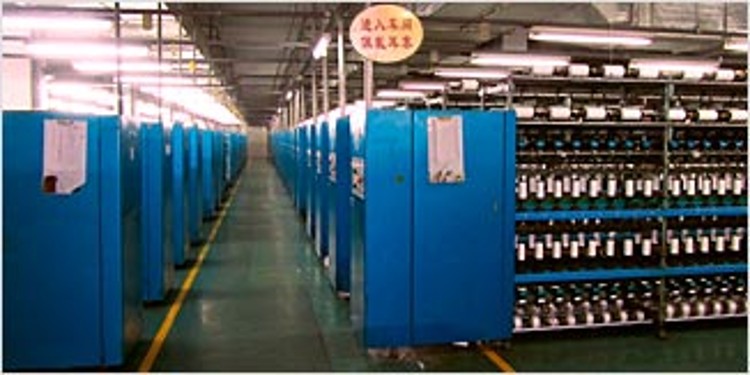 The third production site was established only recently in 2011, in Quindao, China, and bears the name "Qingdao Namchen Body Fashion Co., Ltd." On site are 25 assembly lines, producing 4.5 million items of lingerie and serving the overseas market, plus the company's own design studio.

Around ten years ago Namyeung developed a stretch foam pad that became a central product in the lingerie market. Today Namyeung successfully supplies the American, European and Japanese markets with this and further products. Among its customers is the top US brand "Victoria's Secret". Namyeung also owns the famous "Barbara of France" brand.

Innovation occupies a key place in the corporate history of Namyeung – and in its future too. This is where Groz-Beckert and the Technology and Development Center (TEZ) come into play. Christopher Moon, Vice Chairman of Namyeung Ind. Co. Ltd., expressed his satisfaction about what he has experienced so far:

"Our longstanding and successful partnership with Groz-Beckert prompted us to further improve our market position through innovation. This is why we involved Groz-Beckert in the localization of a new and even more effective production method for women's wear. We received an offer from the Technology and Development Center (TEZ) enabling us to bring them aboard at an early stage. Working with the TEZ has been a pleasure for us – with its wide range of experts, equipment and testing facilities all under one roof. Thanks to the support and the efficiency of the TEZ we were able to produce the first prototype of a new brassiere in record time. Namyeung hopes to capture a bigger share of the global lingerie market and also increase its revenue as soon as this new and innovative product has been developed. I would like to express my sincere thanks to Groz-Beckert and its competent teams!"