Focus on the textile world: from tradition to productivity

In the 3/2013 issue of the Newsletter we presented the "Productivity Benchmark" – the Groz-Beckert efficiency calculator that shows in a playful way how even small changes in individual factors have a big impact on productivity. Now comes the second installment of this success story: Supporting our customers when it comes to increasing productivity in the form of jointly conducted field trials. The results are very impressive!

To demonstrate the added value for customers that small but targeted adjustments can bring, Groz-Beckert has begun to carry out field trials in different markets that demonstrate how small changes in individual factors can have a specific impact on its customers' production – as proven by facts and figures. To produce as broad a spectrum of results as possible, these field trials were carried out on the premises of very different customers and at different-sized companies – from commission knitters all the way to multilevel operations.

Each of the field trials began after regular proper maintenance of the machine, i.e. after removal of the yarn guide head, the cams, and the needles and system parts. After cleaning of the cylinder and after lubrication, assembly took place again in reverse order. 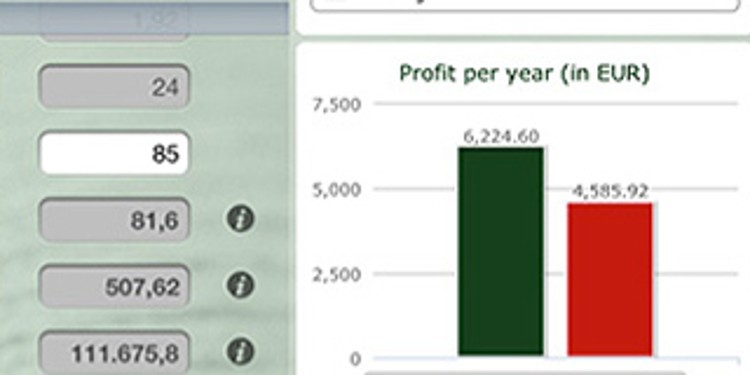 A detail of the efficiency calculator from Groz-Beckert

For an increase in output, it's not only the needle that has to fulfill the very highest quality standards: the prerequisite for reliable results in a field trial is of course also precise adjustment of the machine as well as its impeccable condition. This includes checking and adjusting of the horizontal and vertical concentricity of the cylinder, setting of the yarn guides, and replacement of damaged cam parts. Only in this way can the machine produce high-quality merchandise while making optimal use of the efficiency of Groz-Beckert products.

Based on an analysis of knitted fabrics previously produced on the machine, and of used needles and sinkers, the necessary optimizations were defined ahead of the trial. In one case, for instance, a different needle from the Groz-Beckert range, ideally suited to the customer-specific application, was selected. Once these conditions were established, the tests began - with a gradual increase in machine speed by up to five revolutions per minute. 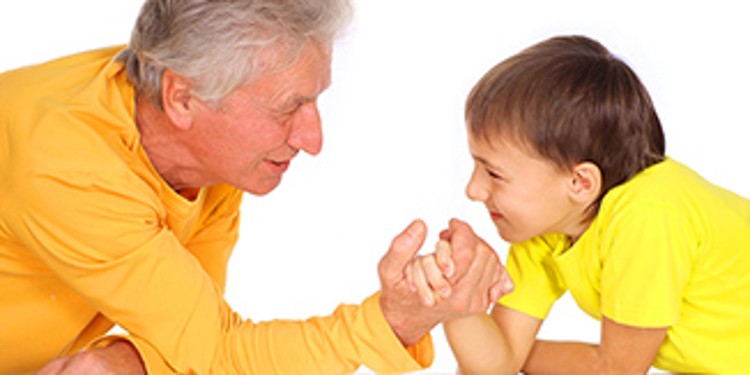 The results are impressive – even for small intervention

All customers who participated in the field tests were initially skeptical. Although the machines are designed for high speeds, and the Groz-Beckert needle represents superior performance and quality, the machines are frequently operated at lower speeds. But the results of the field tests were convincing. During the period from August to November 2013, at trials carried out in the Brazilian market, all customers consistently confirmed an improvement in performance. Since the customers had initially been rather reserved about the tests, Groz-Beckert began by only recommending an increase in machine speed by two revolutions per minute. 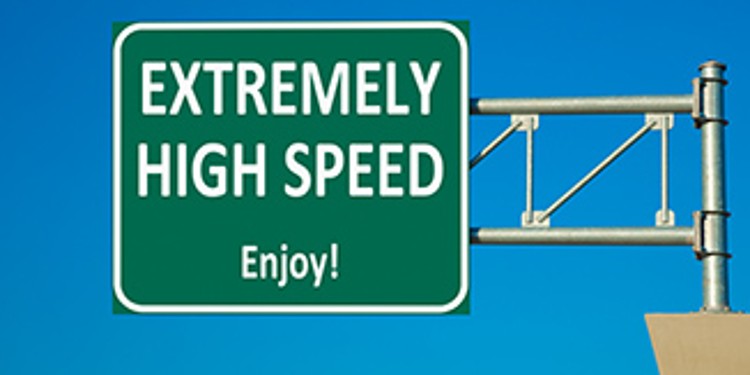 Satisfied customers – up to 18.2 % more productivity

Three customers, encouraged by the initial success at a higher rotational speed, dared to increase the machine speed even further. One of them increased his engine speed by as much as five revolutions per minute without any negative results. The respective clients' machine speed increases thus lay between two and five revolutions per minute. Accordingly, productivity rose from 6.7% to 18.2%. 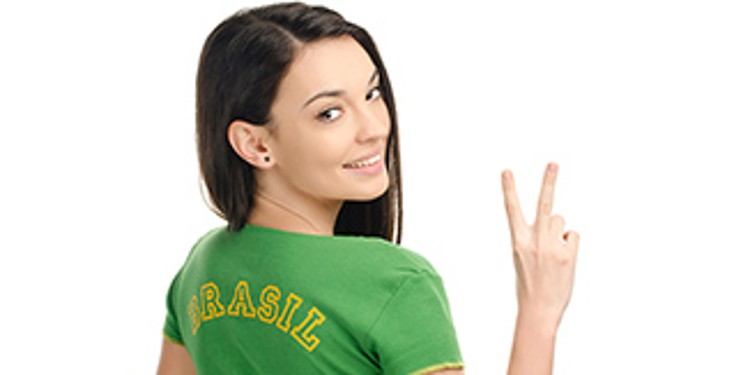 The results achieved by Malhas JN in Brazil can be seen as typical of the experiences of the participants in this field trial:

After the field tests, the company that is part of the Brandili Group, a children's fashion manufacturer, thanked Groz-Beckert for being given the chance to participate and congratulated the company on its project. Three months with an increase in machine speed of five revolutions per minute resulted in a productivity increase of around 17 percent, with no negative effects detected where either quality or maintenance were concerned. Malhas JN summed it all up with the words: "In addition to increased productivity, we have also gained expertise and confidence. Thank you, Groz-Beckert!"

Groz-Beckert also thanked all the other companies that had taken part in the field tests for their trust and the pleasant cooperation. The Groz-Beckert agency NS Importação e Comércio Ltda. was to thank for the optimal preparation of the project and the monitoring of field tests on-site.

The results of the field trial will soon be published in a brochure containing detailed data on the field tests that were performed.

If you're interested in this topic, please contact your Groz-Beckert experts who will be happy to help! 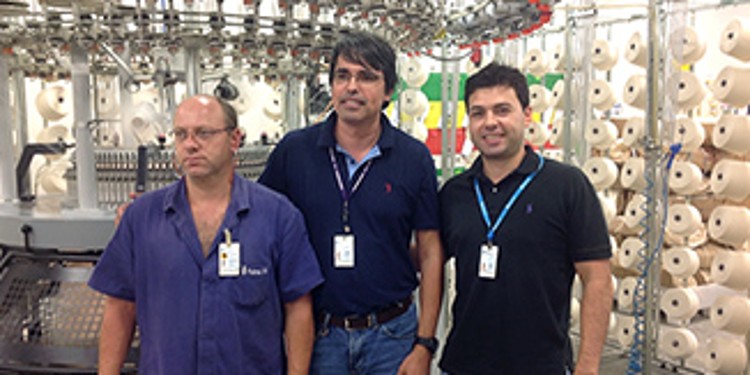 A good experience in Malhas JN